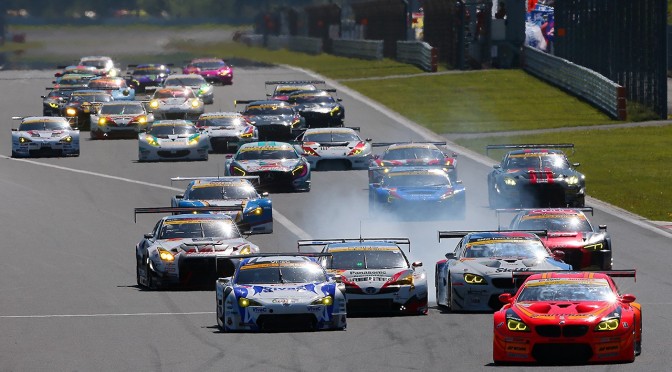 The second installment of our preview of the Fuji GT 300km Race, the fourth race (officially the fifth round) of the Autobacs Super GT Series, takes a look at the GT300 field – where the balance of power in the ongoing FIA GT3 vs JAF-GT300 feud shifts back into the favor of the European-inspired machines. At least, on paper it should.

There’s no denying that Fuji’s long front straightaway really favors the higher horsepower output of the GT3 cars, but sometimes crazy things can happen that can put the JAF-GT cars at the front of the field. The split between the two sub-classes is only 4-3 in favor of the GT3 cars. And with the GT300 Championship picture still yet to fully develop, who stands out as a threat to win at Fuji Speedway?

END_OF_DOCUMENT_TOKEN_TO_BE_REPLACED

Round five, the fourth race of the 2016 Autobacs Super GT Series, sees the series return to Fuji Speedway for the traditional second of two races at the foot of Mount Fuji – the 300 kilometer race that usually comes some time after the Golden Week holiday classic, the Fuji 500km. It’s the second leg of the crucial Summer Series – and the way it’s lined up, it could be another great victory for Nissan in the GT500 class.

Nissan, who’ve now won an unprecedented three straight races to open 2016, enter this second race at Fuji with tons of confidence – as they should. Four of the last five races at Fuji Speedway were won by Nissan GT-Rs. But after just losing out on a victory at Sugo two weeks ago, Lexus are not going to want to let Nissan romp to another win. Not at their home circuit.

END_OF_DOCUMENT_TOKEN_TO_BE_REPLACED

Today, the GT Association (GTA Co.), promoter of the Autobacs Super GT Series, released the provisional calendar for the 2017 Super GT Series, featuring eight rounds at seven venues, with the series set to return to Autopolis next year.

END_OF_DOCUMENT_TOKEN_TO_BE_REPLACED 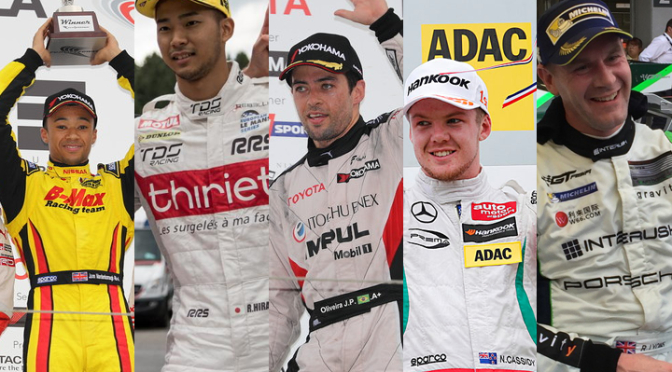 Several top drivers in the Super GT series had terrific race weekends in other series on the weekend of July 17, between Super Formula and its supporting events at Fuji Speedway, as well as European Formula 3 in Zandvoort and the European Le Mans Series in Spielberg. END_OF_DOCUMENT_TOKEN_TO_BE_REPLACED