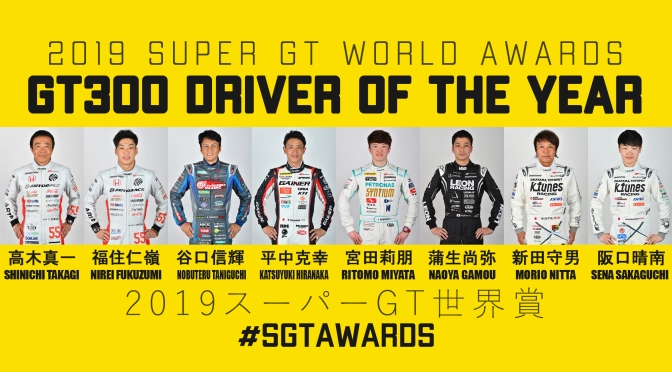 In a field that featured over 60 top-level drivers from a grid of nearly 30 excellent teams of all sizes, GT300 gave us many, many choices to pick and choose who is the best of the best in 2019. Who will it be?

END_OF_DOCUMENT_TOKEN_TO_BE_REPLACED 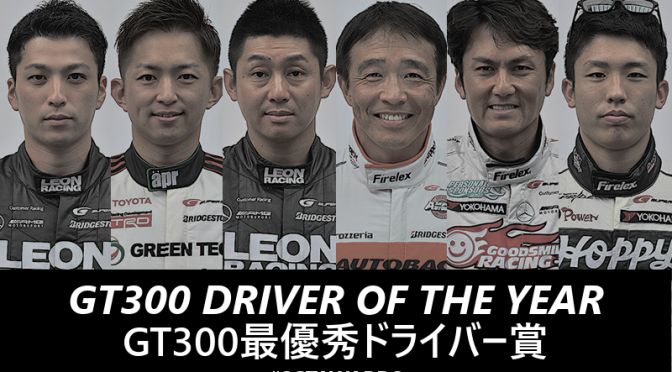 We are proud to announce the GT300 Driver of the Year, honouring the most outstanding individual driver in the ultra-competitive second class of Super GT.

END_OF_DOCUMENT_TOKEN_TO_BE_REPLACED 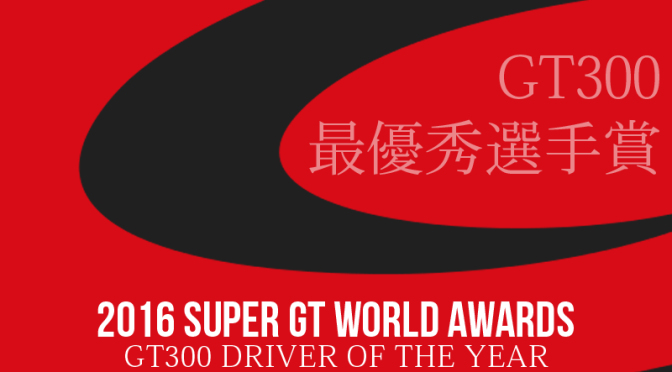 The 2016 Super GT World Awards recognize the most outstanding individuals from the 2016 Autobacs Super GT Series.

The GT300 Driver of the Year Award for 2016 is awarded to the most outstanding driver in a category that has steadily, and now explosively, become one of if not the most competitive classes in top-level professional sports car racing anywhere in the world.

Every year, the standard of competition in the GT300 continues to rise beyond expectations, thanks to the JAF-GT versus FIA GT3 war, the multi-tiered tyre war between Yokohama, Dunlop and Bridgestone, and the incredible mixture of all-pro, pro-am, and true-am talents that give the GT300 class a unique character all to itself.

Over 70 drivers took part in a GT300 class race in 2017. Trimming a shortlist of seven finalists out of that roster is a very daunting task. A subjective award will attract criticism and encourage debate, even one that is decided by a small panel of individuals. But we can try. And thus, we honour the most outstanding driver in the ultra-competitive GT300 class for 2016.