This week’s Fuji SUPER TEC 24 Hours is the premier race on the calendar for the pro-am Pirelli Super Taikyu Series, one of the most diverse endurance racing categories in the world – featuring GT3, GT4, and TCR touring cars mixed with a wide collection of race-tuned production cars.

Super Taikyu is not a full professional series like the GT500 class of Super GT, or Super Formula, but in this race there are many accomplished racing drivers who have achieved stardom both in Japan and abroad. Even some of the less-heralded gentleman drivers have earned a great deal of respect for their contributions inside and outside of motorsport.

At Super GT World, we’ve broken down the entire entry list and highlighted the top teams from the top three classes, and the big-name drivers competing in the lower categories, to help you find a team to support in this weekend’s landmark endurance event.

END_OF_DOCUMENT_TOKEN_TO_BE_REPLACED 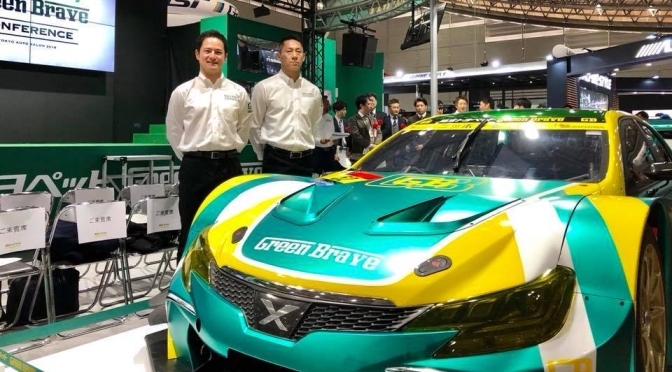 At the 2018 Tokyo Auto Salon, Saitama Toyopet GreenBrave announced their racing activities for the upcoming season – which include their second season in the Autobacs Super GT Series.

Continuity and experience will be the keys that GreenBrave will rely on in 2018, as the team have retained 2011 GT300 Drivers’ Champion, Taku Bamba, and two-time Suzuka 1000km winner Shigekazu Wakisaka, to drive the #52 Saitama Toyopet GB Toyota Mark X MC – as the team looks to earn its first Super GT championship points after a tough start to the series in 2017.

END_OF_DOCUMENT_TOKEN_TO_BE_REPLACED

The Super Taikyu Endurance Series returns to action on June 10th and 11th for the first of its two major events of the season. The Suzuka Super Taikyu 4 Hour Race will see all seven active classes, including the newest ST-TCR class, competing on track at the same time in a single long-distance event.

54 teams and over 150 drivers of all skill levels will do battle this weekend, and at Suzuka, there will be a few prolific teams and drivers making their season debuts – including the return of two Japanese racing legends in a single car, and a new machine making its Super Taikyu debut in ST-TCR.

END_OF_DOCUMENT_TOKEN_TO_BE_REPLACED

Many unhappy memories are associated with May 1, 1994. The death of three-time Formula 1 World Champion Ayrton Senna, and the death of Austrian driver Roland Ratzenberger the day before, both of whom were beloved in Japan – Senna as a hero for McLaren Honda who won all three of his titles at Suzuka Circuit, Ratzenberger as a two-time JTC touring car champion, Japanese Formula 3000 race winner, and winner of the Suzuka 1000km in 1991.

10,000 kilometers east of Imola, Italy, and the events of one of motorsport’s blackest weekends, there was a new dawn – the date of the first round of the inaugural 1994 All-Japan Grand Touring Car Championship (JGTC), held at Fuji Speedway during the Golden Week holiday period, on May 1, 1994.

Thanks to Japanese motorsport archivist Rocketpencil, we have the entire TV broadcast of that first race of what we now know as Super GT, with its’ two-class structure, the early basis of what would become GT500 and GT300. This was also the first Golden Week race at Fuji Speedway, a tradition that continues today with the annual running of the Fuji 500km on May 4th.

There was a star-studded grid for this race, with reigning champion Masahiko Kageyama and his Calsonic Nissan Skyline GT-R, and featuring a number of Japanese racing legends such as Masahiro Hasemi, Toshio Suzuki, and Naoki Hattori. Even international drivers like Anthony Reid and Mauro Martini were on the grid, and one driver that’s still active today, Akira Iida.

The video is 51 minutes long, and features a number of Japanese-language interviews, in-depth machine analysis, and even support race footage.

News, analysis, and commentary about the Super GT Series.