Naturally, this is a followup to the previous update – and gives us a clearer picture of what to expect as Toyota, Honda, and Nissan prepare to unveil their roster of GT500 teams and drivers in advance of the 2020 season, the first under the true Class 1 regulations.

As a standard disclaimer, it should be stated up front that all information contained in this post – while compiled from reputable sources that have connections with the manufacturers involved – is not confirmed as of yet until they are announced by the manufacturers, teams, and drivers involved.

END_OF_DOCUMENT_TOKEN_TO_BE_REPLACED 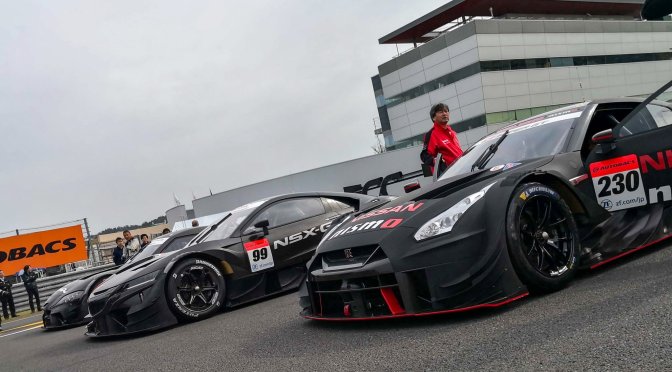 It’s that time of year again in the Japanese auto racing season. The cars themselves are silent, but the discussion of the 2020 Autobacs Super GT Series to come is anything but. Welcome to another round of the domestic racing Stove League, the “Silly Season” by another name, the winter period where the pieces of the puzzle that is the 2020 Super GT field start to take shape.

In Super GT, the money is never a talking point, rather the arrangement of the teams and drivers representing the big three manufacturers in GT500: Toyota, Honda, and Nissan. Drivers changing teams, young drivers stepping up from GT300 or stepping in from elsewhere, and old veterans fighting to keep their places in the most competitive class in sports car racing.

Using the information from the latest issue of auto sport Magazine (Volume 1521: “Solving the Mystery of 51 Seats”), as well as the reporting from Motorsport.com contributors such as Jamie Klein, here is Super GT World’s guide to how the GT500 field might look in 2020 – and it starts with the biggest story of the off-season to date.

END_OF_DOCUMENT_TOKEN_TO_BE_REPLACED

We are proud to announce the GT300 Driver of the Year, honouring the most outstanding individual driver in the ultra-competitive second class of Super GT.

END_OF_DOCUMENT_TOKEN_TO_BE_REPLACED

This week’s Fuji SUPER TEC 24 Hours is the premier race on the calendar for the pro-am Pirelli Super Taikyu Series, one of the most diverse endurance racing categories in the world – featuring GT3, GT4, and TCR touring cars mixed with a wide collection of race-tuned production cars.

Super Taikyu is not a full professional series like the GT500 class of Super GT, or Super Formula, but in this race there are many accomplished racing drivers who have achieved stardom both in Japan and abroad. Even some of the less-heralded gentleman drivers have earned a great deal of respect for their contributions inside and outside of motorsport.

At Super GT World, we’ve broken down the entire entry list and highlighted the top teams from the top three classes, and the big-name drivers competing in the lower categories, to help you find a team to support in this weekend’s landmark endurance event.